back to media centre
Press Release 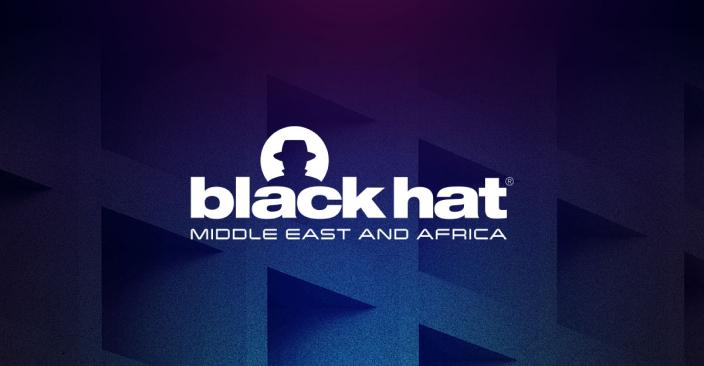 Riyadh, Saudi Arabia, 2nd December 2021: @HACK, the largest ever dedicated cybersecurity event in the Middle East and North Africa, has concluded after three highly successful days of expert discussions, knowledge sharing, education and hacking competitions that have redefined the cybersecurity landscape of the region.

Over 24,872 attendees from 70 countries joined the action-packed event in Riyadh, which was organised by the Saudi Federation of Cybersecurity, Programming, and Drones (SAFCSP), and the largest events company in the world, Informa Tech, in association with the renowned cybersecurity event Black Hat.

Highlights of the show included a SAR 1 million hacking contest, keynote presentations from some of the biggest names in cybersecurity, participation from the leading companies in the ICT industry, and 600 hours of advanced training. @HACK is the biggest live cybersecurity event in the world in 2021, and is second only to the world-famous Black Hat Las Vegas in terms of education sessions delivered. The summit was presented as part of the hugely popular Riyadh Season events and entertainment series.

“@HACK has been a tremendous success, with highly enthusiastic participation from the global and regional cybersecurity communities and from Saudi Arabia’s own growing cybersecurity community. The Saudi Federation of Cybersecurity, Programming, and Drones is proud to have presented this event, and we believe that the positive response to @HACK, and the local expertise and talent on show, is proof that Saudi Arabia is taking its place as the technology hub of the region, and well on the way to achieving the goal of Vision 2030 to make the Kingdom of Saudi Arabia into one of the leading modern, digital economies in the world,” said Faisal Al-Khamisi, Chairman of the Saudi Federation of Cybersecurity, Programming, and Drones (SAFCSP).

The @HACK Executive Summit featured some of the best-known experts in the cybersecurity world presenting keynote addresses including ‘World Class Hacker’ Jayson E. Street, VP of InfoSec, SphereNY; Jenny Radcliffe - ‘The People Hacker’, Founder and Director of Human Factor Security, who was recognised as one of the top 25 Women in Cyber in 2020; and author, cryptographer, security critic and commentator Bruce Schneier, dubbed ‘The Security Guru’.

The @HACK Business Hall featured leading companies in the cybersecurity space including Fortinet, Kaspersky, Spire Solutions, IBM, Honeywell, Cisco, RSA, Qualys and Dragos, alongside of 50 Saudi cybersecurity startups. Exhibitor companies presented demonstrations and product launches of the latest cutting-edge security solutions, from across all areas of the industry including software, services and training.

Over 200 expert speakers, including 50 Black Hat-approved trainers presented education and knowledge briefings on the latest developments in security, as part of @HACK’s program to increase skills and capacity for Saudi Arabia’s technology community, and to ensure that the rapid digital transformation of the region remains on track and safe and secure from cybersecurity threats.

@HACK also set a new milestone for local hacking expertise, with the region’s largest ever Capture The Flag and Bug Bounty contests – with a prize pool of SAR 1 million. Over 1,000 competitors, from 20 countries worldwide battled it out over three days in a series of intense, advanced challenges to test their skills in ethical hacking. In the Capture the Flag contest, the winning team R3Billions from Egypt secured the grand prize of SAR 300,000, and in the Bug Bounty competition top prize of SAR 70,000 went to Abdulrahman Makki.

“What Riyadh has accomplished in one year would take 15 years anywhere else,” said Steve Wylie, Vice President, Cybersecurity Market at Informa Tech.

Mike Champion, Regional Executive Vice President of Informa Markets, added: “We are delighted with the response to @HACK from the international cybersecurity community and from Saudi Arabia’s own ICT sector and future security stars. The success of this event, and the quality of participants puts Riyadh on the global map as a center for advanced technology, and also as an international destination for mega-events and entertainment. We look forward to hosting more world-class events in the Kingdom of Saudi Arabia in 2022.”

About @HACK
@HACK is the largest cybersecurity event in the region and features the most powerful speaker faculty of any technology show in its first edition. It is co-created between Informa and The Saudi Federation for Cybersecurity, Programming and Drones. Informa, itself the largest exhibitions company in the world, is responsible for delivering many of the most recognised brands in events, including Black Hat, Arab Health and hundreds more.

About The Saudi Federation for Cybersecurity, Programming and Drones
‏A national institution that aims to empower the local workforce and enhance their capabilities in the fields of Cybersecurity, Software Development, Drones and Advanced Technologies based on the best international practices. Its vision is to have a programmer among every 100 Saudis by 2030, and its mission is to empower and build the next generation capabilities in the field of advanced technology.